Kidoozie kept the unboxing nice and easy with this one. Within a few minutes I had it out of the open-faced package and ready to play since it was packaged with batteries already included! 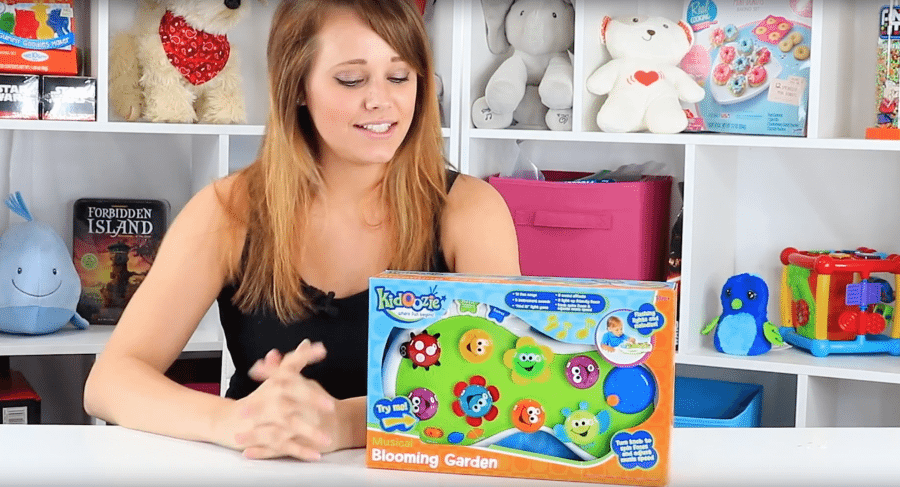 There is a lot to do with this Musical Blooming Garden. It has a handle for little hands to tote it around and lays flat for play time. There are several flower-like buttons of different styles and colors. These buttons light up for games and spin in multiple directions with the crank on the top. There are three buttons for games, music and to toggle between 5 different music instruments. There is also a volume adjust, a stop button to stop the songs and on/off switch. When you play the “games” feature it is a follow type of game. The flowers light up one at time and when you press it, it makes noise and has you hit another. The music feature has several demo songs that you can actually control the speed with using the crank along the side. The musical instrument button is the one you use to toggle between the 5 different musical instruments. 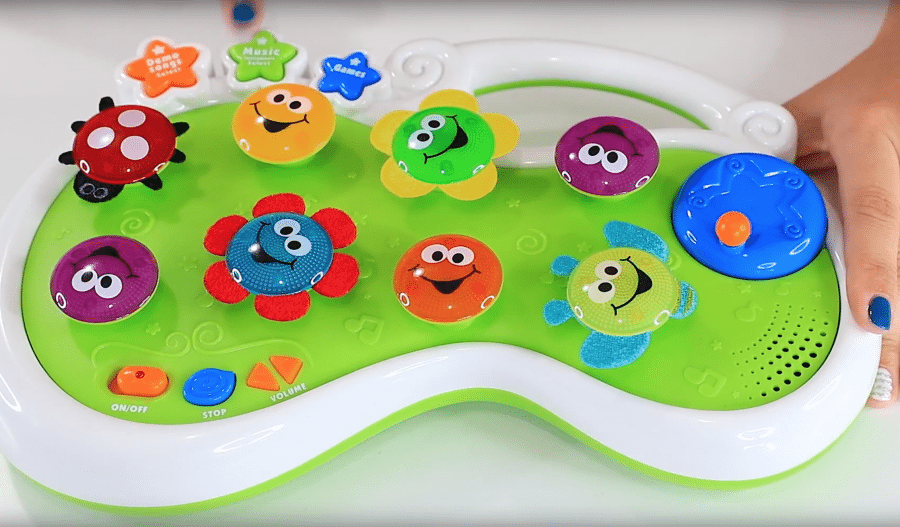 I like the music, the buttons and the styling of this toy. I love everything about it!

There isn’t anything I dislike about this toy!

This Kidoozie toy is recommended for young players 18 months and older.

This Kidoozie Musical Blooming Garden with Flashing Lights and Melodies is one awesome little toy. This is a great music-based toy with multiple interactive points. I love the styling, music and portability. To be honest I love everything about it!

(You may also like: VTech Baby Lil’ Critters Spin and Discover Ferris Wheel) 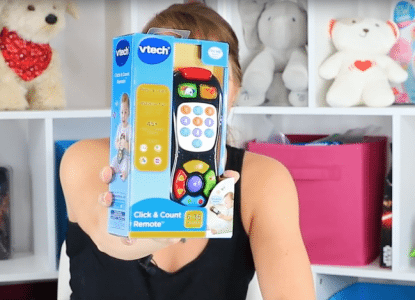 I always say that if you are going to purchase a “decoy” toy to distract your toddler from the real “no” items in your house. They should look and feel like the real deal, otherwise they won’t work. I recently played with a LeapFrog Remote that was really cool so I decided to compare it […]

I took two Vtech children’s tablets and compared them. This VTech Light-Up Baby Touch Tablet is made for a slightly younger age group than the Vtech Little Apps Tablet, however, I found that the former had less value for the specified age group than the latter. 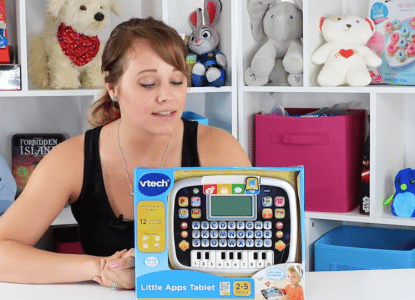 I found two Vtech tablets geared towards young players and preschool type learning. One of these tablets is the VTech Little Apps Tablet. This tablet is geared for a wide age group and impressed me with all the learning options available. I think my only concern was the screen. 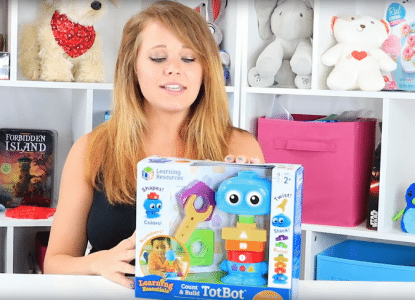 The Learning Resources Count & Build TotBot is a great toy for any little tinker. This TotBot does not require batteries and comes with a wrench tool to help build the shape of the boy while learning about shapes, colors and numbers.