My Nerf Rival Khaos MXVI-4000 Blaster arrived in the standard packaging. I have never had problems opening and assembling previous Nerf guns, however, this one was different. It’s a large and rather heavy gun so it is secured in its packaging with several ties. The ties are a cardboard/paper consistency and very thick. Even with my sharp scissors I struggled to cut through them. Then on top of being hard to cut, they are also glued into the package, so even when cut you have to pull them hard to break them free. After much frustration, I did finally get the package opened and when I was done I had 1 Nerf blaster, 1 magazine and a package of several small high density Nerf balls. 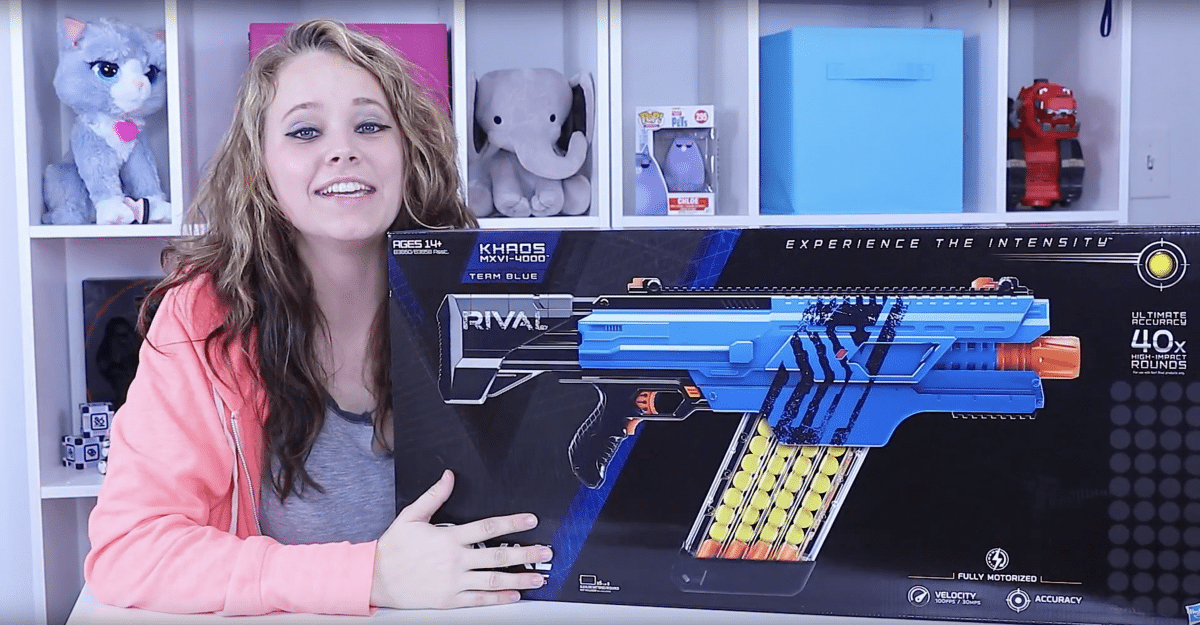 In order to play, I had to install 6 D batteries in the Nerf Rival Khaos MXVI-4000 Blaster and load the magazine. It took a little bit to get the trick of locking the magazine in position in order to load the Nerf balls correctly. Once finished the magazine is fully loaded and you are ready to play. 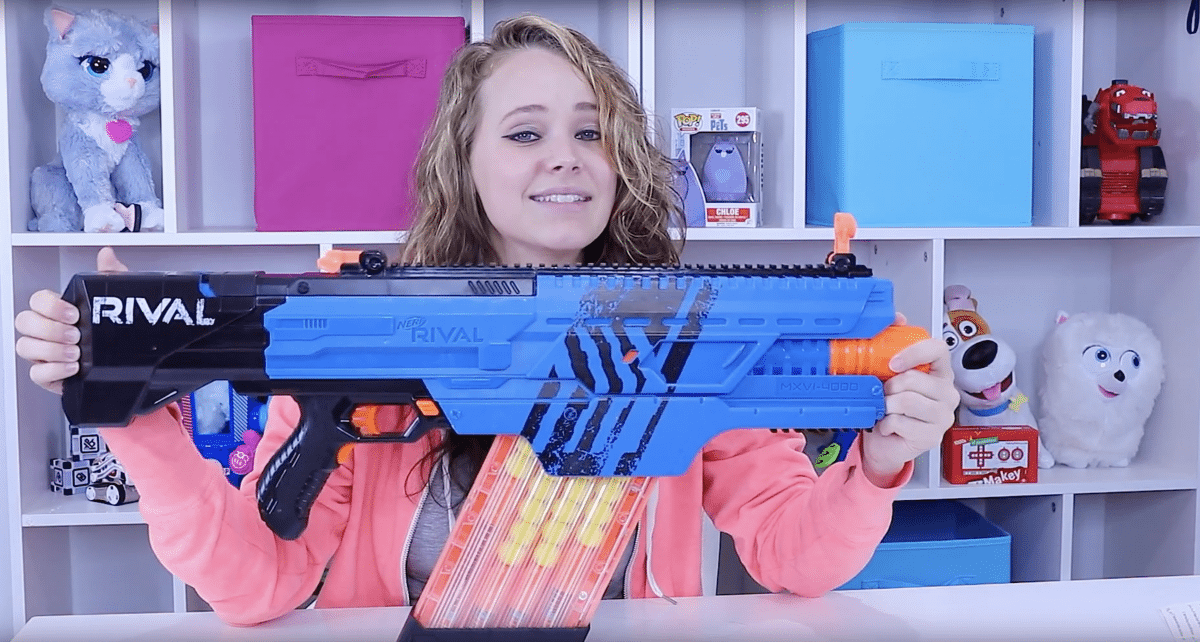 This Nerf Blaster is powerful and extremely fast. The rapid-fire was great and I could see really kicking some butt when paired against other Nerf blaster.

The Nerf Rival Khaos MXVI-4000 Blaster unfortunately requires that I take stock out in batteries to operate it. The gun is powerful but I foresee it using batteries rather quickly and 6 D batteries are a lot of batteries to replace. Additionally, the balls are definitely a choking hazard for younger children and something to consider if there are young children in your home. Since they bounce off most surfaces and roll away, you would need to be really diligent in order to prevent choking.

The Nerf Rival Khaos MXVI-4000 Blaster is recommended for users over 14 years of age. I found this strange since most Nerf blasters are rated for 8 and older. I can’t see any real reason for the difference other than the magazine is a little trickier to load in the gun. When talking appropriate ages I would definitely keep in mind the aforementioned choking issue for young children in the home.

I really liked my play experience with the Nerf River Khaos Blaster. Although I did spend a good amount of time looking for the Nerf balls and that is a consideration with purchasing this blaster. It is on Amazon.com’s holiday list for must have Nerf guns this year and I think this is largely due to the speed and power this Nerf gun offers.

(You may also like: 69 Best NERF Guns for Epic Pretend Play Battles) 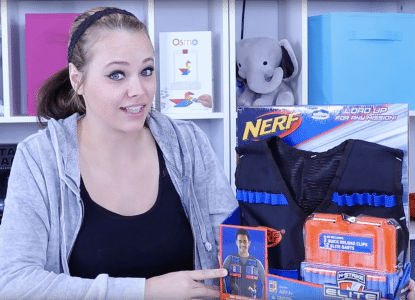 The key to winning any good “Nerf battle” is quick reload and a sharp eye. While Nerf can’t help you with the eye part, they can help with that quick reload issue. They are making your whole Nerf experience even better with their Nerf N-Strike Elite Series Tactical Vest. 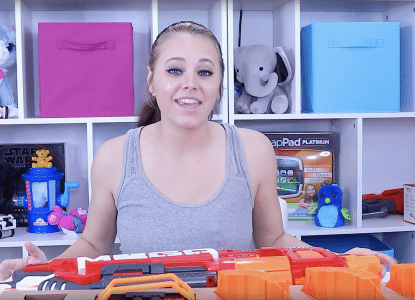 I love playing with Nerf guns and unique guns tend to be my favorite. Nerf has outdone themselves with the new Nerf N-Strike Mega Mega Mastodon. 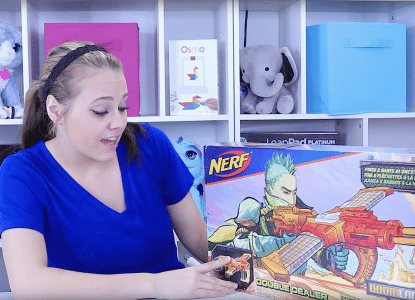 Nerf has a new, unique blaster out right now that is delivering twice the butt-kicking power in one shot. The Nerf Doomlands Double Dealer Blaster has a great look and great firing power. 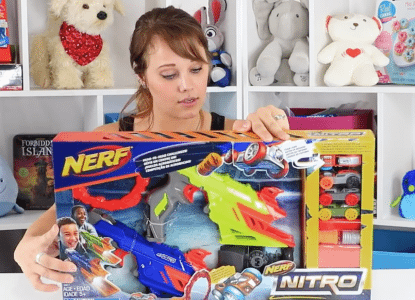 Before I came across the Nerf Nitro DuelFury Demolition I thought Nerf was only about guns and darts. I really enjoyed playing with this Nerf Nitro set even though it startles me every time I shoot the cars. I love the safety features to protect kids from shooting each other with these because they really […]