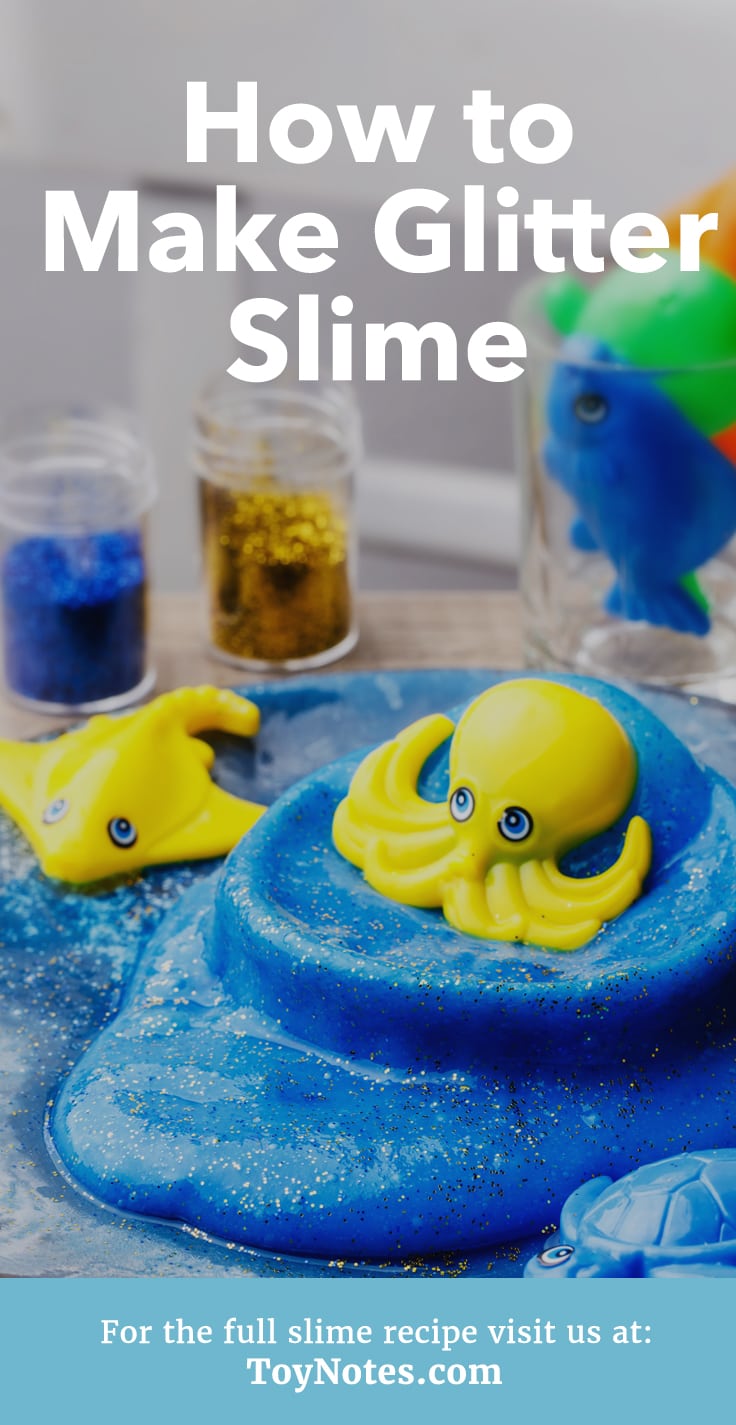 My kids both love to make interesting kinds of slime like rainbow slime or slime that glows in the dark. But personally? My favorite kind of slime to make is glitter slime. I think it turns out so cool — I just hate having to clean up the resulting mess that you always get whenever you use glitter.

Or rather I used to hate having to clean that mess up — now I know how to make glitter slime that doesn’t glitter-up your whole house. I’ll show you exactly how to make it as well with this glitter slime recipe.

I also don’t like using those pre-made glitter glues that you can find in stores. I’d rather use clear school glue when making all of our slime recipes, and this one is no exception. You’ll first need to add ½ cup of clear school glue into a small bowl to get started making your glitter slime.

All that’s left to do now is to add in your contact lens solution activator. Slowly stir it in until the slime forms and the mixture starts to harden. You can then take the slime out and begin to knead and stretch it until it’s ready to play with.

Make sure to always remind your kids to place their glitter slime in an airtight container or jar when they’re done playing with it as well!

P.S. – We have a few other fantastic slime recipes that are super fun to make as well. If you’re interested in checking them out, have a look below: 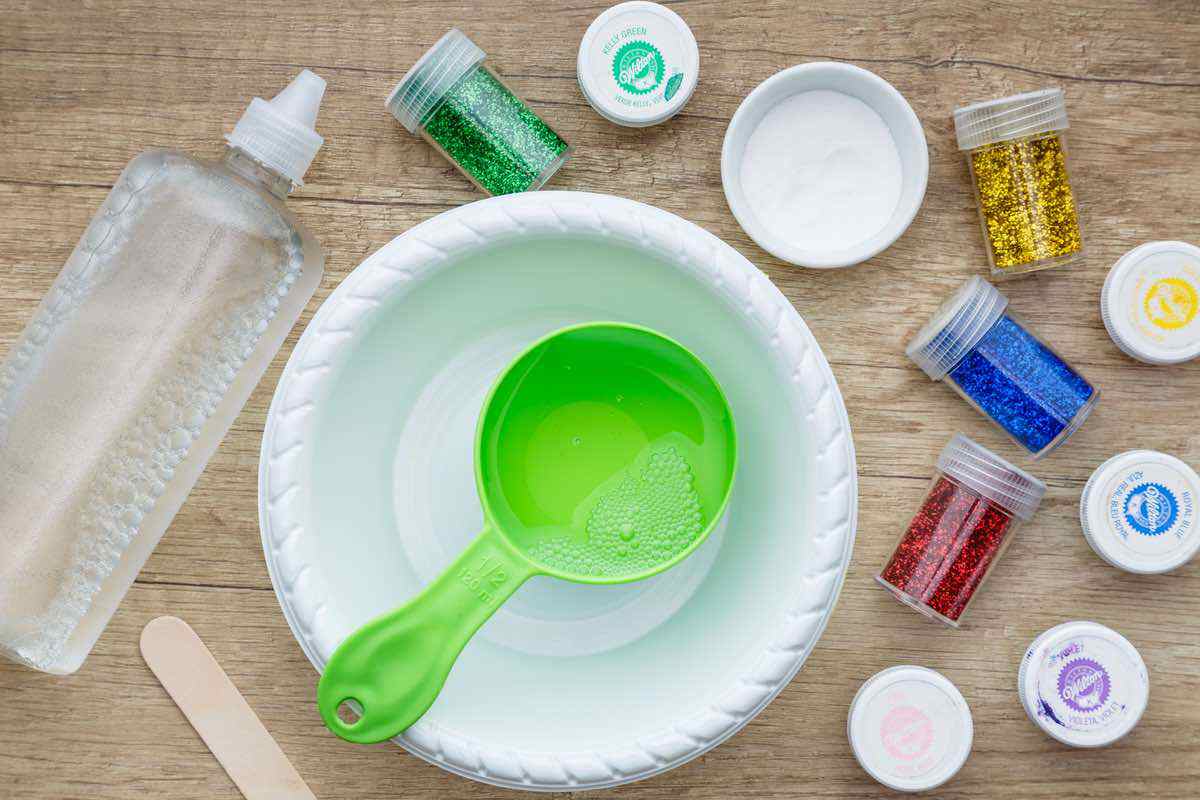 2. Add the baking soda and stir until smooth.

3. Add your choice of food coloring and mix to combine.

5. Slowly add the contact lens solution, stirring slowly as you pour it, until the slime forms and it begins to get harder to mix.

6. Take the slime out and begin kneading and stretching it.

7. If you find it still too sticky, use gloves or add some baby oil to your hands. (see note**)

8. Knead and stretch until the slime stops sticking to your hands.

9. Once mixed, you can play with the slime immediately or store in an airtight container or jar for future play. 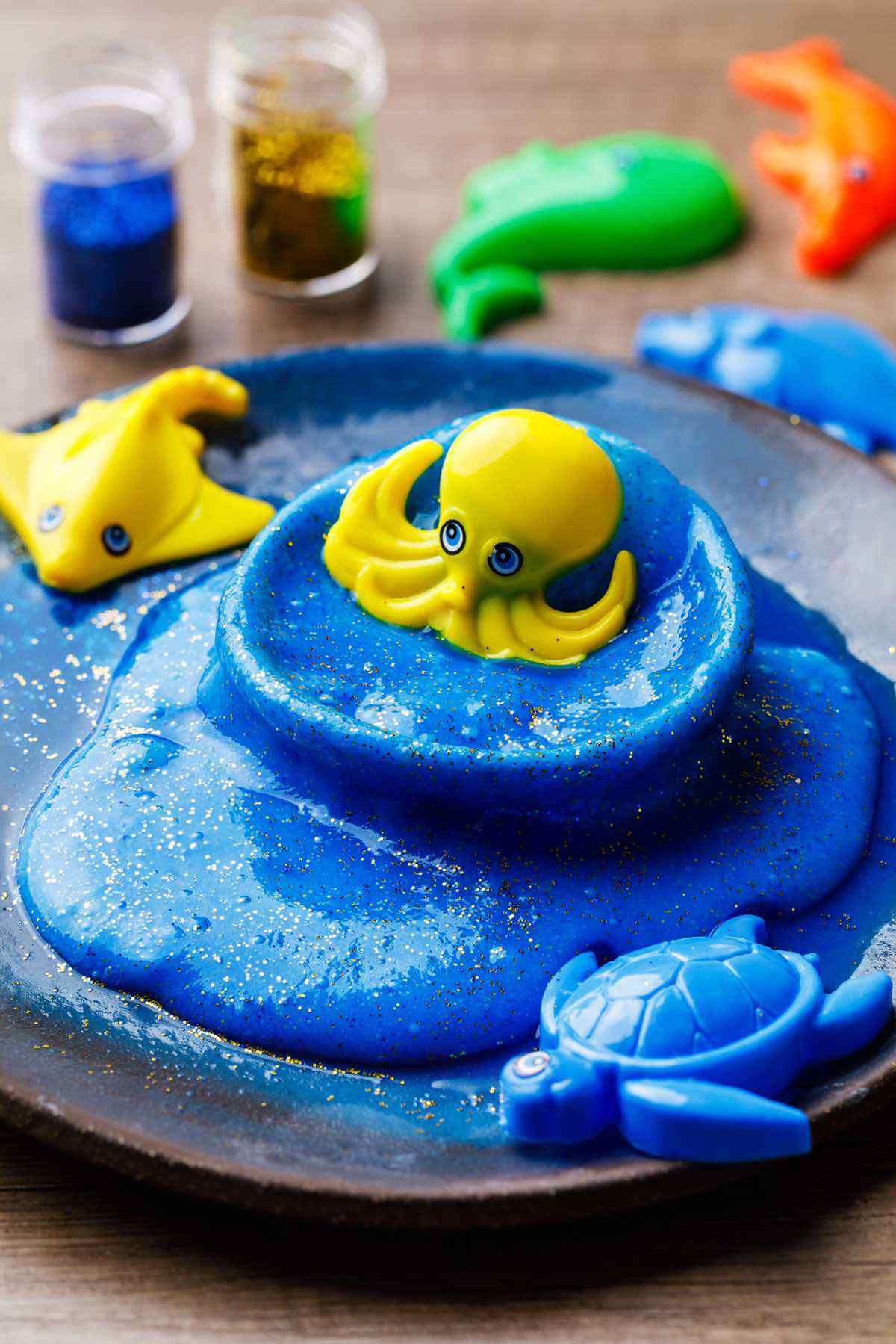 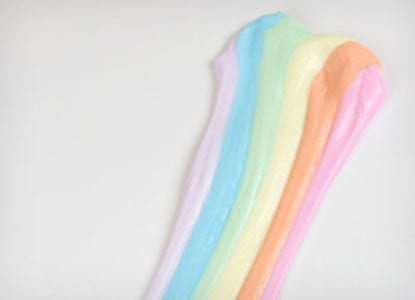 Making slime with your kids is the perfect rainy day activity, and the good news is it’s easy to adapt to any occasion just by changing the colors. These recipes are easy and safe, and by using beautiful colors and lots of shimmer you can create a batch of magical unicorn slime which will keep […] 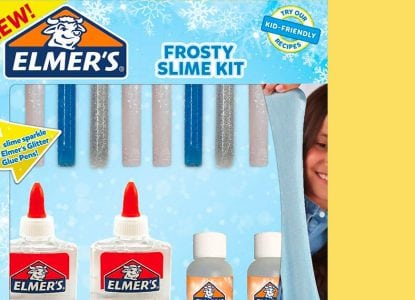 37 Slime Kits to Simplify Your Slime Making and Slime-tivities

Don’t spend your weekends driving around hardware stores in search of the ingredients your kids need to make slime – add one of these slime kits to your cart without leaving the couch (and save money on gas, too). 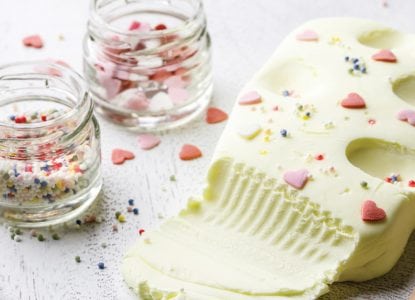 How to Make Mind-Blowing Butter Slime with Cornstarch

Despite what its name would lead you to believe, butter slime isn’t really made with real butter. It does however look exactly like a big stick of butter that’s been stretched out in an impossible way. My kids think it’s super cool and I would honestly have to agree with them. 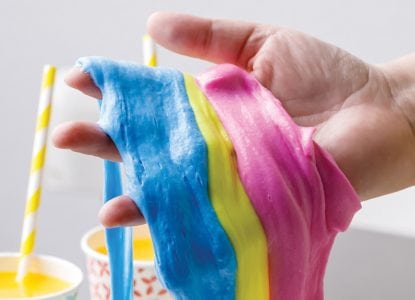 You’ll have to get a little bit creative with the ingredients to make slime without glue, but the end result is a poofy homemade slime that your kids will love. 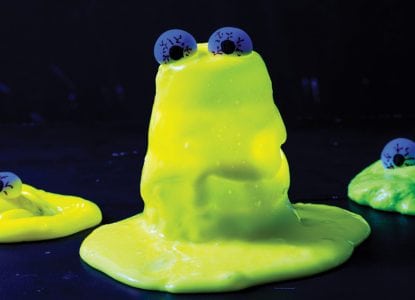 How to Make Glow in the Dark Halloween Monster Slime

There’s no denying that homemade slime is a huge craze with kids these days. I’m honestly glad to see it because I can vividly remember doing all sorts of DIY style crafts and activities with my parents when I was growing up. They’re honestly some of my fondest memories. 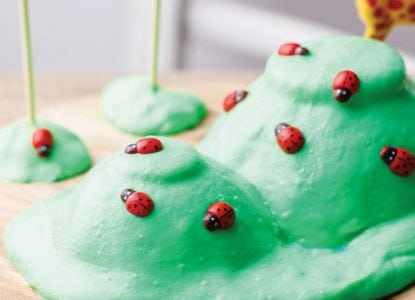 How to Make the Best Slime Without Borax (Kid-Friendly Recipe)

Making homemade slime with your kids can be an incredibly fun way to spend an afternoon. Anything to get them away from YouTube or Netflix! It can even be a pretty enjoyable activity for adults to partake in as well. However, as fun as it can be, making homemade slime still isn’t without its risks.clear […]