This Vtech toy was in an open face box and held in the package with twist clips. I didn’t have any trouble getting it open and was ready to play immediately since the batteries were installed already. 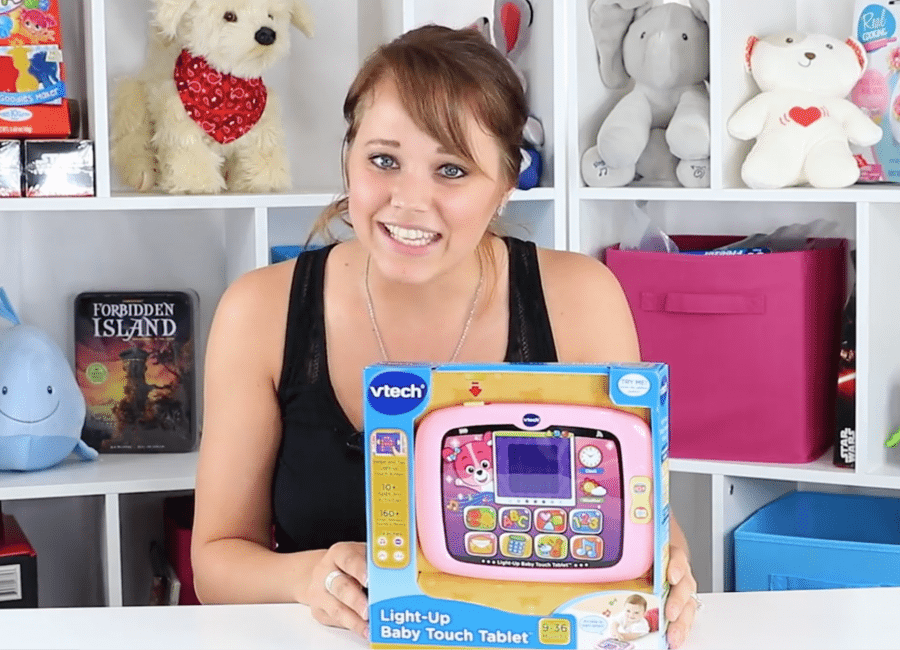 There are no buttons on the Baby Touch Tablet with the exception of the slider on/off/volume adjust button along the top and a + and – button along the side. The applications, screen and game interactions are all done by touch. The screen is colored but pictures are depicted in an analog dot style. There are several interactive points including an “email” application, numbers, alphabet and music. To interact with the game or the “emails” the tablet instructs you to swipe the screen right/left or up/down. I found that this was so sensitive I almost couldn’t play with it. The tablet kept jumping into another game or just going back and forth in screen because it was detecting every single movement. The + and – button on the side of the tablet says, “zooming in/out” depending on which direction you press. I didn’t seem much difference when I attempted to use this feature however. 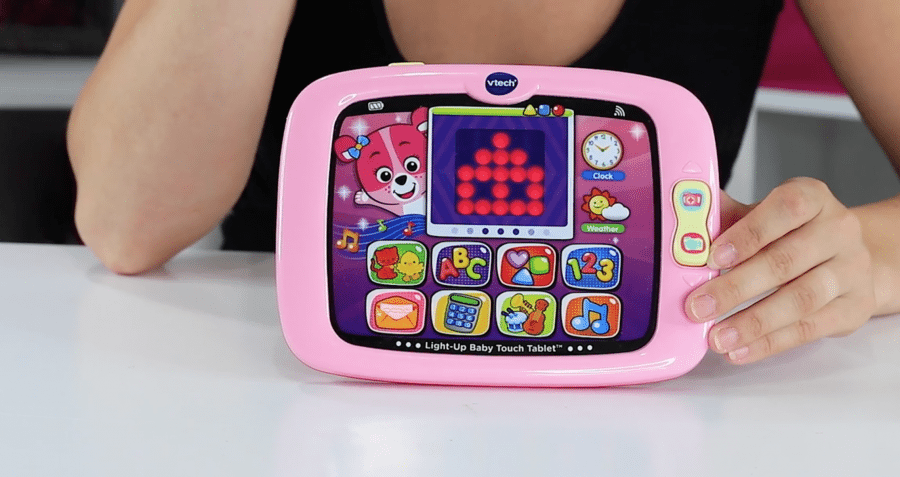 I like how lightweight this tablet is and that it is offered in multiple colors.

I have a love-hate relationship with the touch features of this tablet. They are really neat but so sensitive it makes it a little difficult to play with in real life.

Vtech recommends this for ages 9 months through 36 months (3 years).

The concept of this Vtech is good but the execution could be better. Especially since this toy is catered to and advertised for a young age population that can be a little more “spastic” , I think the touch features of this may be too sensitive to be practical. I much preferred the Vtech Little Apps tablet! 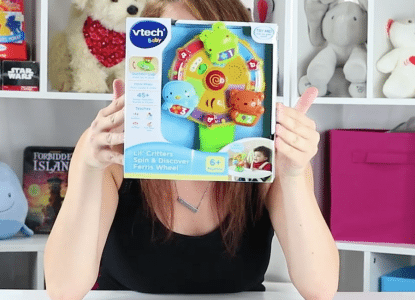 The VTech Baby Lil’ Critters Spin and Discover Ferris Wheel is a great toy for small players. It is simple, colorful, and musical which are just the things needed for holding very small children’s attention. I love that this is educational and adorable. 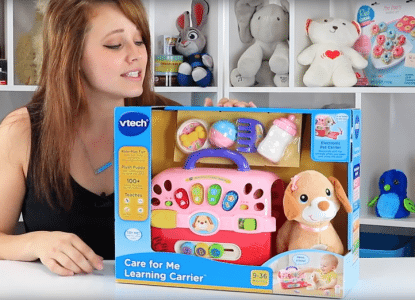 VTech Care for Me Learning Carrier Toy (For Dog Lovers)

The VTech Care for Me Learning Carrier Toy is an adorable, pet-themed education toy. I really enjoyed my play experience with it and I know many other little pet lovers would be thrilled to play as well. 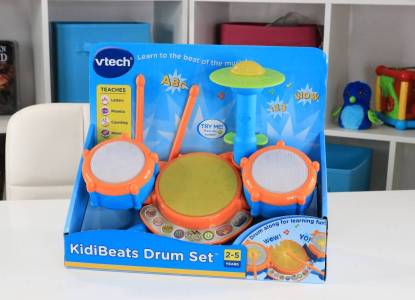 Music is a huge part of my life and something I really enjoy. I took piano lessons for a long time when I was younger and I have continued to enjoy having the ability to play through my adult life. I have seen my son also take an interest in music and instruments, even from […]

I had a lot of fun playing with the Fisher-Price Little People Going Camping Playset. This set would pair excellently with the Little People Camper I played with not long ago. As always Little People impressed me with the attention to detail and the specific design made just for little hands.