The toy is secured in several areas within his box. I wouldn’t necessarily say he was frustrating to open but make sure you have a good pair of scissors or a box cutter to help cut him out. He is secured at his legs and around his neck and he comes with two small “water cannon” pieces in a separate small plastic bag. 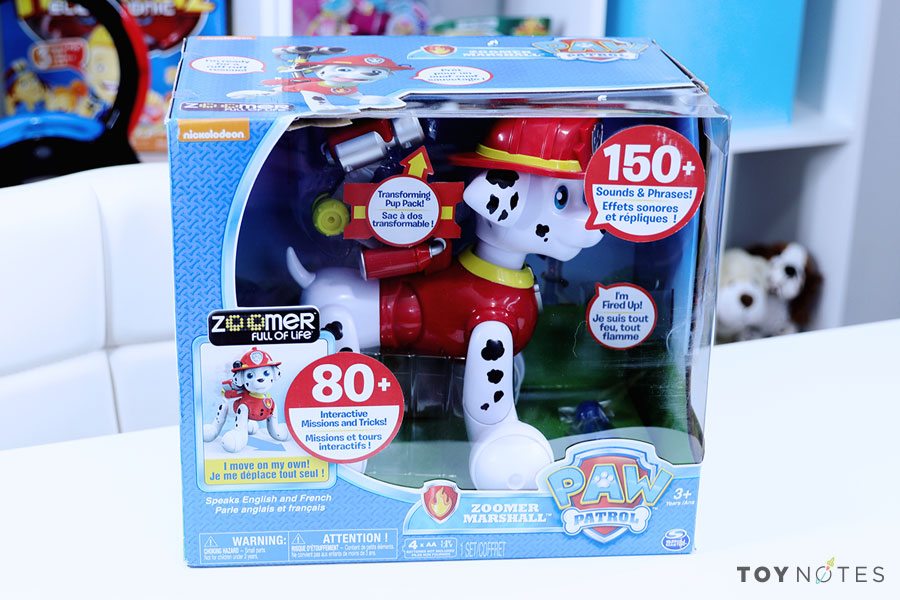 When you have the Paw Patrol Zoomer Marshall out of his packaging you immediately notice the pup pack located on his back. The pup pack is moveable and extendable and the water cannon accessories fit inside and can be launched across the room. Each foot is a wheel with mobile ankles at each. His mid-section is also mobile which allows him to move more freely and appear like he is wagging his tail.

This was a lot of fun to play with and very entertaining to watch. He has sensors on his chest that is advertised as helping him follow you when playing. I don’t find that they work that well unless your hand is directly in front of him. Honestly, the toy is hilarious to watch move because he is so ineffective at it. I think the joints at the ankle and mid-section might be TOO mobile because he is really unable to go anywhere in a straight line. His movements I would describe as “squirrelly” as he does a lot of turning around, turning and bumping into things. 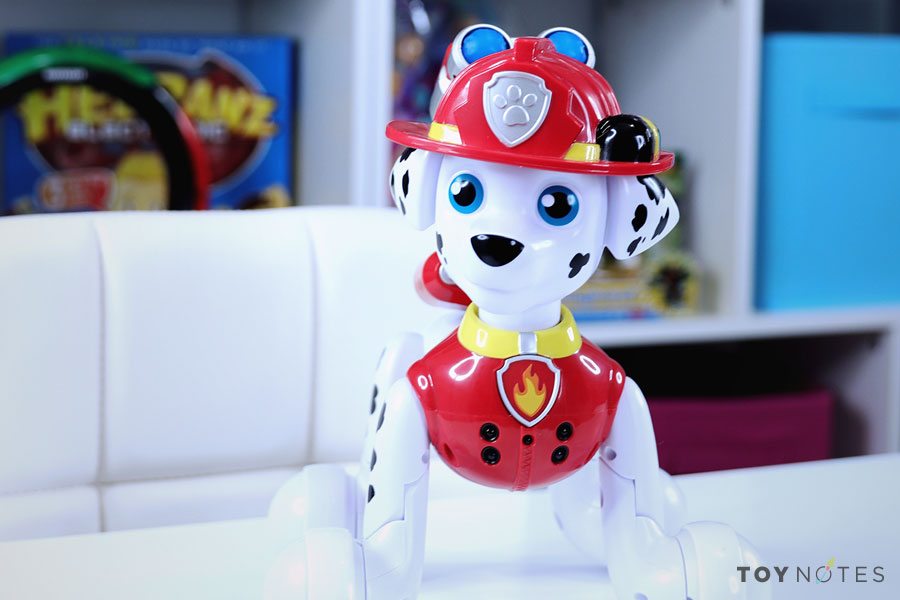 On his chest the Paw Patrol Zoomer Marshall has a badge button that causes him to start one of his many mini missions. He will explain what is going on and then start scooting around on his mission, all while talking you through it step by step. 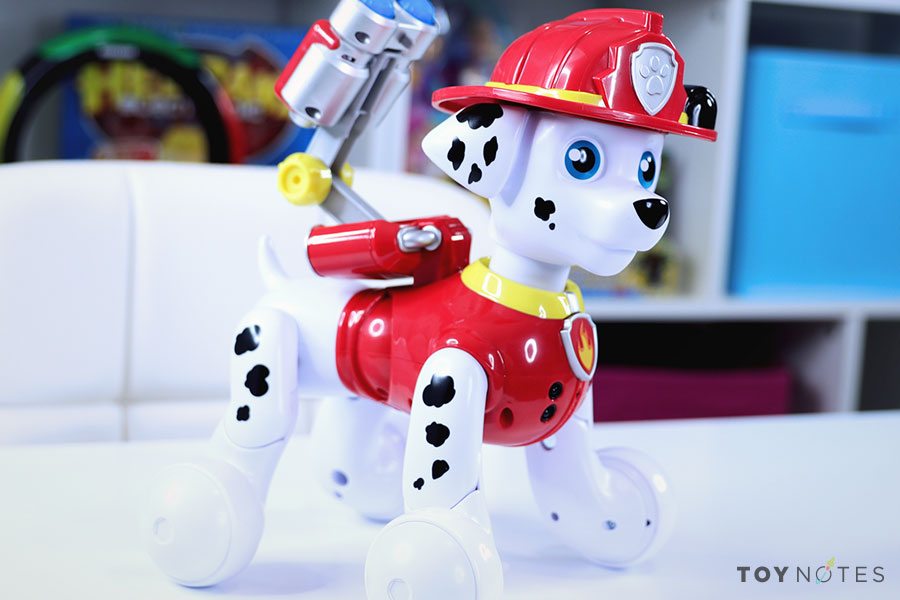 This toy was hilarious to me to watch when he was in motion. Mostly because the way he moves is so funny and he really isn’t able to move in a straight line. I also love that the Zoomer Marshall toy has such a variety of phrases and sayings. He also has volume control which is a huge plus for me as a parent. He also has multi language setting, one for English and one for Spanish which I like.

I also liked that the pup pack is adjustable for launching his water cannon balls.

Even though I found it funny to watch, the Paw Patrol Zoomer Marshall’s inability to move in a straight line was actually a con for me. As a kid it isn’t very much fun to have a toy that runs into everything and can’t move in any reasonable pattern. That being said his current state of dysfunctional movement was pretty hilarious to watch.

This toy is marketed for kids over 3 years old. I assume this is primarily because of Zoomer Marshall’s water cannon accessories. I agree with the recommendation largely just because of the choking hazard.

Bottom line, I wouldn’t hesitate to buy this toy again if given the opportunity because he isn’t a bad toy. I have some drawbacks due to his inability to move properly but it was so funny that he’s worth price for the entertainment alone. I like that the toy is parent friendly because the sayings and missions are so widely diverse and there is volume control. I think kids will have a lot of fun going on missions with Paw Patrol Zoomer Marshall and frankly, you will too. 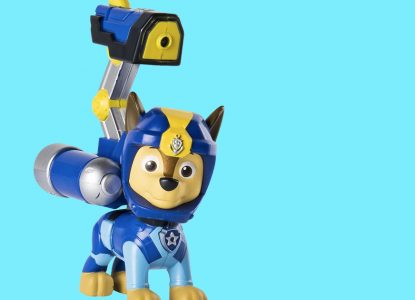 Kids love Paw Patrol and they will love this selection of items featuring Chase Paw Patrol toys. There is no better way to complete missions in Adventure Bay than with this awesome collection. 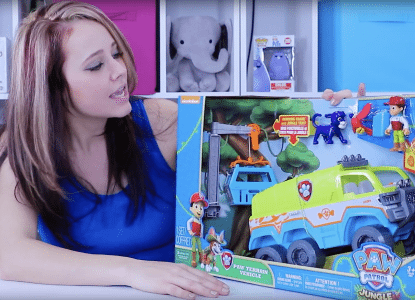 Paw Patrol is a hit series airing on Nickelodeon. It is based on several Pup friends of different talents who band together to provide community service and help their friends. I have enjoyed playing with several Paw Patrol themed toys and the Paw Patrol-Paw Terrain Vehicle was no exception. 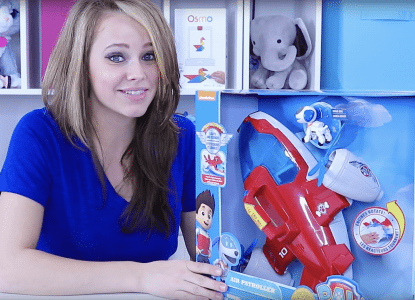 Paw patrol has become a very “pup”ular series on Nickelodeon. The series teaches working as a team and serving the community in a fun and entertaining way. Kids love beings able to play with their favorite pup friends and now there are a whole series of Paw Patrol toys to enjoy. The Paw Patrol, Lights […] 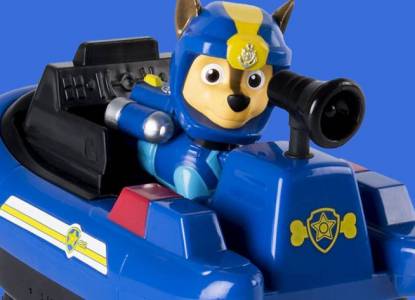 Get your little ones in the rescuing mood with Paw Patrol toys that allow them to imagine and explore. We’ve got an excellent range of toys and diy ideas for you to peruse. 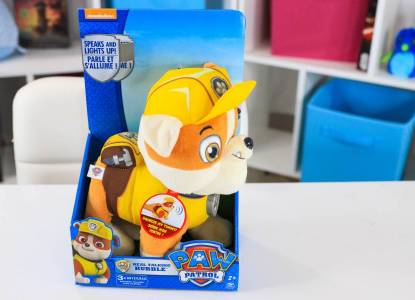 I love Nick Jr’s series Paw Patrol. My son and I watch all the time and I can’t get over how cute that show is. It teaches teamwork, community service, friendship and believing in yourself. I bought the Paw Patrol Deluxe Lights and Sounds Plush – Real Talking Rubble and played with it this week. […] 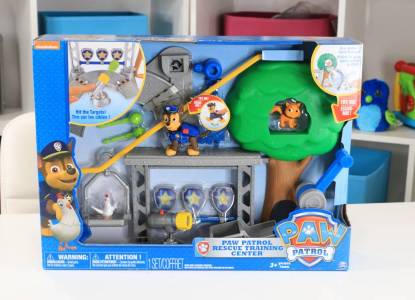